Greg Donovan  has been an exhibiting artist and teacher since 1978, he is a senior lecturer and program director in the School of Art, Architecture and Design, University of South Australia.

“I grew up in a city/ suburban environment dominated by a public housing culture associated with newly established localities for struggling Australian families. This early experience provides the connection with a developing awareness of social inequality defined by space which informs my studio practice including research in notions of landscape and cultural displacement. I am particularly interested in exploring the transitory place of refugees within a shifting economic contemporary global remapping.

My work has consistently been underpinned by clearly defined narrative structures connected to a social/ political consciousness. I see art production as other than a neutral activity, a visual language and effective means of communication. My work is predominantly two dimensional incorporating painting, drawing and digital photographic reproduction.”

At present  I am researching and exploring the linkage between particular images, for example, photo images and cognitive ‘distance’. The kind of practices related to image production and presentation within digital media. The way an audience responds to overt and covert image reproduction and representations. Tied to this is the digital technologists utopian desire for perfect reproducibility---presenting an image as the real---aestheticizing representations of the real thus in part creating utopian illusions of the real. I am interested in subverting these representations.

Further to my research, I am interested in erasure as it necessarily involves levels of transience with one layer either being removed or replaced with another and as a consequence each layer providing a level of transparency, visual information hidden or exposed below or within another. These layers of information, while not providing a conclusive narrative, produce an assumed and culturally identifiable visual dialogue- a kind of 'imperial gaze'. Thus my studio practice engages with both layering and erasing, reinforcing my interest in subverting the image, reproducibility and photographic representations.

In terms of teaching, my perspective of student development is underpinned by principles of inclusivity: namely addressing educational outcomes in relation to the development of the individual as a whole linked to social and cultural determinants. Further, I view teaching as a profession that necessarily involves notions of mentoring and is characterised by a methodology marked by democratic decision making, cooperation, understanding, compassion, good humour, trust and respect.

These perspectives are expressed in my teaching methodology and are underpinned by a reflexive curriculum emphasising individual studio practice linked to research. This democratic learning model is a vehicle for an ongoing dialogue between mentor and student concerning “making” and the cultural and conceptual relevance of each person’s studio practice including how it is located within their respective fields. As a consequence the level of self examination or critiquing of one’s own work is a core tenet of my teaching. In order to sustain this open and honest dialogue grounded in positive criticism, trust and respect for individual difference is an agreed prerequisite between mentor and student.

I was born in Bosnia and Herzegovina. Due to the conflicts in the Balkans I lived as a refugee in Croatia and then moved with my family to Australia in 1998. I’ve never had a strong feeling of cultural identity and belonging because of the constant moving. But I always felt special relationship with my grandmother’s world, the ‘magical realism’ of her stories of past times. My Grandmother had a big role in my life. Now that she is gone the feeling of nostalgia for her and the world she represents are overwhelming, and those are the emotions I try to convey through my work.

We are particularly interested in the notion of displaced people, the hybridity of cultures and the effects of the intermixture upon one’s identity. Locked in our memories are fragments of times past, they remind us of who we are and how we have come to be. Memories read in the back of our minds everyday with feelings often deeply attached. We manipulate these memories to suit our beliefs and sometimes we are unable to explore them further because ancestors are gone and stories forgotten and lost.

In this video we explore families that have migrated. Explore the break between cultures and identity and focus on the part of human beings that is based within the past, ethnic roots and memories. The aim of the video is to provide a visual opportunity for viewers to question and reflect on cultural identity

I am interested in the  ‘break in culture’, where language, customs and cultural identity are lost. Imaginative investment and creation has been the vehicle in which I fill in the gaps.  It is with these that I create a narrative of past lives and lost identity. I reconstruct my memories of the past and try to identify and reconnect with a culture and stories that have been lost to me.

I returned from living in Bosnia Herzegovina to join the JamFactory Metal Studio in 2008. I completed an Advanced Diploma of Jewellery & Object Design at Enmore Design Centre in 2001 and went on to study Gold and Silversmithing with a traditional Swiss Jeweller. I have extensive experience working for various trade and contemporary jewellers, as well as working on various private commissions, exhibiting nationally and most recently exhibiting at Talente, International Trade Fair Munich.

My work begins with mark making. The drawings are set in a moment and are a direct personal, expression changing according to the moment in which they are made. Sampling patterns from my urban environment I reflect what I see through these shadowy configurations. Abstracted from their origin these calligraphic forms are free floating signifiers shifting in significance from one gaze to the next. The jewellery I make is a gestalt, a symbolic configuration or pattern of elements. The style of my jewellery is an aesthetic artefact of my urban landscape and becomes objects for contemplation. Using jewellery to reflect my ideas I make claim to new space; the body, my body, the viewer’s body and the space that the body moves through.

My work examines my relationship to street culture and its associated subcultures that are not largely recognised by mainstream popular culture. These subcultures intersect a large variety of areas including music, graffiti, skateboarding and fine art – utilising an alternative system of displaying and creating works with their own aesthetic criteria to satisfy. These cultures create work related to their communities’ ideas, interests and history. With an intense sense of identification among participants the resulting groups occupy edges of society and represent a different aspect of cultural development. 1 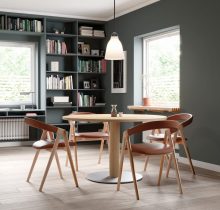