Gerry King is a pioneer of Australian Contemporary Glass. He commenced working with glass while undertaking postgraduate studies in the USA during the early 1970’s. His works are exhibited, collected and published internationally and held in some twenty public museum collections worldwide.

In 2009 he was honored by the Australian National Art Glass Collection as the first living artist invited to present a retrospective exhibition. In 2011 he was awarded Honorary Life Membership of the Australian Association of Glass Artists. He is currently engaged as a consultant in planning an international glass studio for PhD candidates in Boshan, China in conjunction with Shanghai University. Periodically he teaches at the Glass Furnace School Summer School in Istanbul. His international activity includes guest lectures, assessment of postgraduate candidates and judging major awards in addition to exhibiting.

Originally trained as a glassblower he now works with a wide variety of techniques. His artistic ability, broad experience and technical knowledge have lead to frequent engagements as a consultant, author and commissioned designer of architectural applications of his works. In his Adelaide studio he has been a mentor to artists from Australia, Japan, France and Austria.

His many academic awards culminate in a Doctorate of Creative Arts, [1993]. Gerry has contributed his insight and knowledge to government departments, tertiary institutions, churches and corporations. In the 1980’s he was instrumental in the development of the Glass Studies courses at the University of South Australia. He is a regular feature artist at Aptos Cruz Galleries. 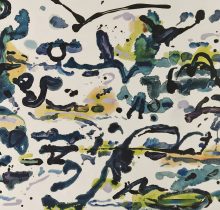