The works in this exhibition can be seen as developments from the “Spangle” paintings (shown at Aptos Cruz in 2013), particularly in the use of systems as a way to generate images. The “Spangle” paintings contain defined areas of pattern which create a faceted space, however in the “Fiction” paintings I began intermingling the patterns generated by systems as a way to investigate the more complex planes of our natural visual field. I found that the systems had limits to their application – from a certain point they began to fail and had to be adapted as I worked, more or less continuously. As a further investigation, I introduced simple figures (circles and lines) and these acted as obstacles interrupting and distorting the orderly progression of the patterns. I thought the paintings that resulted asked to be “read” as images of an invented entirety, in much the same way in fact, that we can view “traditional” paintings. They could be perceived as “fictions” –  distinct, constructed worlds, self-contained and coherent. In addition, there is the fabricated, “made-up” means, by which the images were arrived at. These paintings strangely resist resolution and refuse to allow the eye to rest, by which I hope they might draw attention to the viewer’s consent to the “lie”(fiction) that is an integral part of viewing painted images. 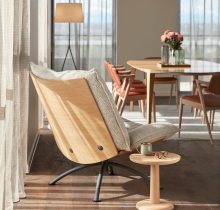