Terri Brooks’ works address contemporary landscape abstraction gleaning their essence from the urban environment, particularly its facades and patinas including architectural details and patterns and graffiti walls. She is interested in ‘natural mark making’ stripping back excessive technique instead to focus on the replication of natural processes such as weathering. The works arise from intuitive mark making and repetition constructed with a mostly neutral palette, particularly black and white which are symbolic of the high contrasting Australian light and shade.

Terri Brooks has had numerous solo shows since 1989 and has been selected as a finalist in the Fleurieu Art Prize, The Tattersall’s Landscape Art Prize, the Kedumba Invitation Drawing Award and the Alice Prize. She has been awarded a BP Acquisitive Award and an Australia Council Grant. Her work is in the Neubrandenburg Museum Collection, Germany, The Macquarie Group Collection, Westpac Bank, many other corporate collections, as well as numerous private collections in Australia, the United States, the Netherlands, Germany, Italy, England and Hong Kong. 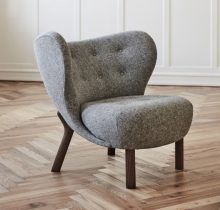